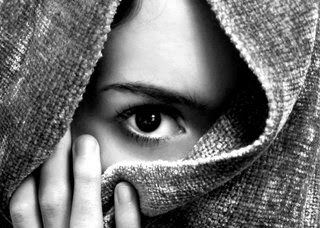 we are entering the story

Judah is one of the sons of Jacob and the fourth son of his first wife Leah. Sometimes after he and his brothers sold their brother Joseph as a slave to Egypt and faked his death in front of their father (what a family!) he moved away from them. He found a wife from Canaan and fathered three sons. When his first son Er matures he married a woman named Tamar.

About Er we know only the fact that the Lord did not like him and the Lord took his life. I would like to point out that the word like/dislike in God’s case is not to be compared to “like” used on Facebook. It is something entirely different. For people in the past it was enough to know that God had His reasons for this. They had no reason to elaborate. Questions that come to our mind did not even occur to them. But we are no longer such a recklessly respectful generation. Sometimes I think that people no asking questions have a much easier life. I always have too much of them. Sometimes I think it would be easier for me if I was not that curious! But that feeling usually passes quickly.

So the Lord took Er´s life and we do not know if anyone was asking any questions. I hope you don´t think that the One above just come up with something like that. I mean, sometimes there is no need for God to do anything. It is enough when he says: if you are not willing to change, you will get what you want. And we will drown in our errors and mistakes.

I do not know what and how exactly happened to Er, but it’s none of my business. I do not have enough information for me to express my opinion about it. It would be easy to say that his name is similar to the Hebrew word for evil – as mentioned in some commentaries. It is most likely, however, that it is derived from the word town. To describe someone in a way it suits me and with what I like in commentaries – no, thank you. It is enough that the man is dead. 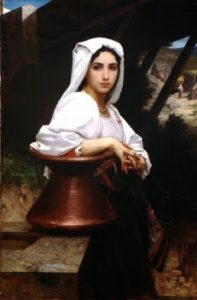 I beg your pardon? who is to sleep with whom?

Tamar had not children with her first husband, so Judah said to Onan, his second son: GO IN TO YOUR BROTHER’S WIFE AND PERFORM THE DUTY OF A BROTHER-IN-LAW TO HER, AND RAISE UP OFFSPRING FOR YOUR BROTHER.

If you almost choked, let me try to explain. This is called a levirate marriage which in practice means that if a man dies leaving no descendants, his brother is obliged to marry the widow. Children conceived in such a relationship will bear the name of the dead so that his name does not die out and survives through these descendants.

If you ever thought that the Bible connects sex only with love, then you just found out it is a mistake. According to the Bible, sex is not necessarily associated with love, but marriage. Welcome to the book, which prefers wisdom instead of emotions.

Even though Onan slept with Tamar, he spilled his seed on the ground. By the way, with Onan you can see that even if something is named after the biblical character, it does not necessarily mean that it was named properly. He knew that the children will not be considered his and some biblical commentators say that he did not want to lose his property – as he was to inherit it upon the death of the eldest brother. What intrigued me was that he indeed did not want to conceive any offspring, but he did not refuse to sleep with Tamar. Just off topic – doesn´t it remind you of something?

And back to the topic. This marriage is also over quite quickly. The Lord did not like what he did and took his life too. Again, we cannot say anything more about this. And his name? It has so many conflicting interpretations that finding the right one is almost impossible. The balance sheet of Tamar is quite simple – two dead husbands and no children.

The obligation of levirate marriage still holds. Judah has one more son. However, he is too young to get married, so father says to his daughter-in-law: until he grows up, please live with your parents again. This is a somewhat strange situation. A twice widow waiting for her marriage to another son of the family goes back to her parents. Today we could maybe say something about the return of an adult to his child bedroom. I do not know what the custom was back then, but I also think they did not know either. And even if Tamar disagreed, she could hardly resist her father-in-law.

Judah has his own reasons for that which he does not express out loud. He does not think about what was wrong with his sons, but he suspects Tamar of their sudden death. Do you know how easy it is to accuse others if you are not getting on well? All of us have been subject to such temptation. So we can understand Judah in part, because if we were in his place… And he is not willing to lose his youngest son.

So the widow Tamar lives again with her parents and meanwhile the youngest son, Shelah grows up and matures. But nothing happens. No one is calling Tamar to come back and she hears from no one.

And meanwhile her father-in-law Judah becomes a widower too. And here it begins. I mean, I know it was already quite interesting, but now it’s beginning to gain momentum.

how does law allow for an unlawful act

I read somewhere that it was customary in the Middle East for a man without a son older than ten years to perform the obligation of levirate marriage himself. If he does not do it, the woman is declared a widow and has the opportunity to marry again. If Judah really thought that the death of his two sons was Tamar´s mistake he could have let her go. But he did not. He kept her in a stalemate situation. Exactly the opposite as is prescribed by levirate laws. For us the idea of marriage and procreation on demand is a bit awkward, but the idea behind is quite clear – not only maintaining the name of the dead man within the offspring but also the intention to take care of the widow. For widows, especially those without children were in the worst position in that society. They were considered used goods without the hope of any benefit. The Bible wants to protect widows exactly from that, for it knows that even if two people do not have children together, the problem may lay not only with the woman but also with the man. Therefore there is the second chance – to have offspring and to have a future. Tamar did not get that chance.

I went a bit wide but I really want you to know this. I read so many commentaries that try to push Judah into a better light. And reading those made be really angry. They say that Tamar had other options, but that’s not true. Only her father-in-law had the right to give her freedom and opportunity to marry again outside of his family. But he did not. He did nothing. If Tamar did not remain faithful (now I do not even know to whom) she would face death. In one interpretation her situation was described as limbo, which can be translated as oblivion, prison or edge of Hell. Exactly. Exactly so.