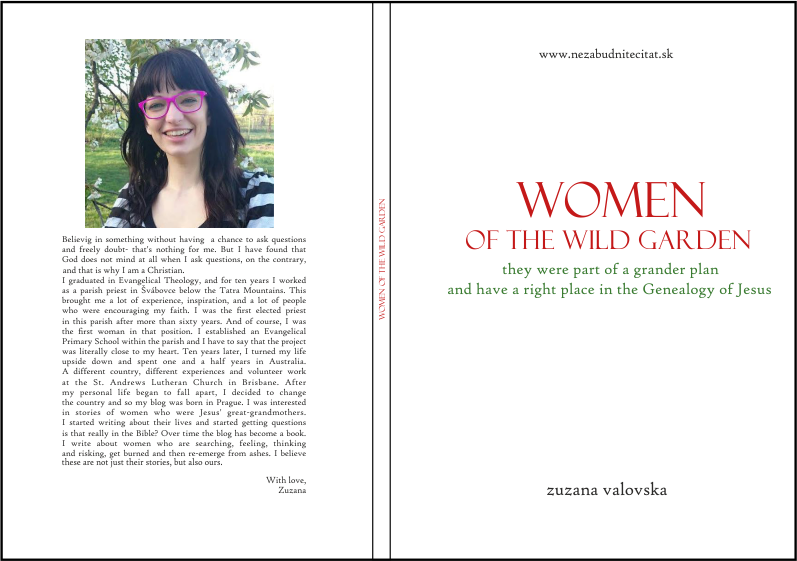 Let’s say we simplify the world and divide people into two groups for a moment. We divide them according to how they deal with stories they hear.

One group will consist of people who listen with a detachment. They still maintain perspective, which protects them from being taken by the story. They can evaluate, think critically or they at least see it that way. What is said does not affect them personally.

The second group of listeners does not seek such detachment. They are absorbed by these stories, drawn into them, torn by them, influenced to such degree that the world around them ceases to exist. And yes, they do not seek any perspective or detachment. Because it is them in the story who run, who seek, who experience all the things that have been written. What is only narrated to others is becoming a reality for them in many unexpected ways.

Psychologists and anthropologists even have a name for that. Projective identification, mystical sharing or sympathetic magic. Go ahead – take your pick. These terms reflect the ability to move away from ourselves for a while and merge with another reality.

No, even I do not keep my distance. Certainly the first option has its indisputable advantages. However, I have to say, when I was reading the commentaries of the Bible stories with such an attitude, I found nothing worth of admiration. My emotions were usually somewhere between boredom and a proper rage. Do you know what usually happened to biblical interpreters? Their detachment from the story, from the character caused them to loose perspective and to explain issues as they never happened. But it suited them and possibly their readers. Suppression of emotions does not necessarily imply stronger rationality.

Such things make me really angry. It is because I do not see these stories with detachment, I renounce any perspective for the possibility to be part of the story. I am not sure if I am the main character in all the stories of the Bible I read but I’m always there. Directly in the storyline, I’m part of what is happening. For me, it is happening right now – when I read, write and think about it. Eventually time is a relative parameter. I also realize that my comments of things are at times quite loose and uncomfortably open. I would never use this kind of comments speaking from a pulpit. But I see no reason for formality, because what I am writing, I write for myself first and foremost.

Being subjective does not mean writing falsehoods. It means having a vested interest in ensuring that the truth is told. That all the reasons, arguments and all doubts are examined. To show things in the correct light. As seen by God.

This book began as a blog. I wrote mostly to myself. In order to clarify my thoughts. I gave myself the opportunity again to be drawn into something larger than me. Thanks to the Bible, I have been to so many places and been a part of so many lives! I learn as I go along. I think about the mistakes of others and even my own mistakes. And I am looking for the best ways to take lessons from them. I discover inspiration, examples and reassurance that I am not alone in this.

My blog which was intended for couple of my friends started to be read by more and more people, many of whom I do not know personally. The urge to change and draw-down my vocabulary a bit quickly passed. But believe me, my priority is not to scandalize. I just want to be personal, subjective, so that my motivation to search for all that is mentioned between the lines in those stories remained equally strong.

What you will find in this book is a list of women in Jesus’ genealogy. It is, of course, not complete. That would not be possible. Family trees are full of men and women are just, um … let’s say that you now I will just bite my tongue so that my comments do not sound like a lack of respect for the Bible. So, while it is not a complete family tree of women, the God has nevertheless left us with some delicacies in this man’s world. Stories of which we think we know well and still it may not be true. Stories which make many people jump from their chairs asking: is this really in the Bible? Someone may think to get really bored with reading the Bible, but it gives me immense pleasure to prove the opposite.

But even as I write about women, it’s not just about them – particularly in the two chapters. All the respect to men who do not need to make women weak to prove their strength! Thanks to that they have a place in what is called history of salvation. Stories of Jesus from the times no one even knew about him and people in the stories did not know yet where all of it will lead. It does not change the fact that they are part of it. After all, that is what we all should want – let our personal story be part of something bigger. So that the range of our lives is not limited to our date of birth and date of death. To want more, to think differently, to go against the current. To see higher connections and take it all personally. Take God personally. To see Him as one who can move our story to places which we cannot imagine even in our best dreams.

First in Jesus’ genealogy is of course the first woman created. She was the beginning. Along with her came the reason for expecting the Messiah. In translation: someone who is able to save us when it gets though. She is followed by the wives of the patriarchs. This is where I find out again and again how important it is to know the stories of their superhero and all admired spouses from their perspective. Important? I would even call it necessary! Sure! These are followed by women who are mentioned in the genealogy of Jesus in the Gospel of Matthew. Few of the women stand out and shine alongside all those men, like poppies on a wheat field. Some of them were properly a tough ground but a stronger experience nevertheless. Two of those mentioned women are not in a straight line leading to Jesus but both of them belong there. And the last woman is the first one in some way.