RAHAB – SECOND WOMAN IN THE GENEALOGY OF JESUS 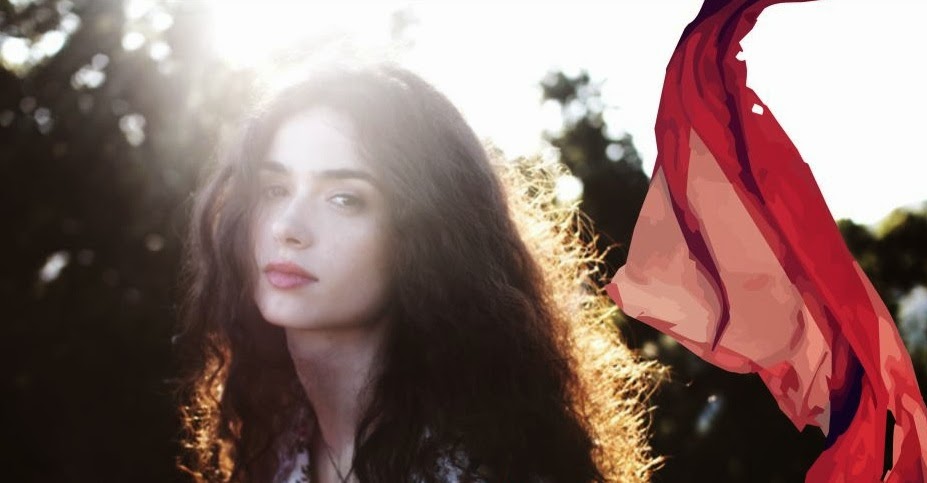 let us get to the story

Chosen People have been wandering for forty years in the wilderness. You can obviously get to Israel from Egypt faster! But. Sometimes this “but” should suffice as an answer. Right now they are encamped on the river shores of Jordan. They just need to cross it and take what they were promised.

Israel is led by Joshua – Moses’ successor. He sends two spies to Jericho a city which is directly in front of them.

It is interesting that Joshua was once a spy himself. Back then there were twelve spies sent to survey the Promised land, but only two of them did not lose courage after their return. The other ten have proven themselves as cowards and saw only problems. The two which acted as brave men reminded all of God’s promises were called … Caleb and Joshua.

Joshua exactly knows how it feels to be in a spy, risking life to gather information and collecting information wisely so that those who decide can have a correct picture of things. Therefore I think that when he was choosing two men to survey Jericho, he did not just consider their abilities, but also how they consider God capabilities. I will be glad if you would not forget this in course of reading. 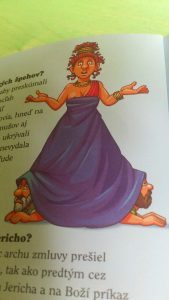 Two spies come to a foreign city and want to blend in with the crowd. They have to plan things so as to stay secure and, if necessary, so that they can escape. The ideal solution is offered by a house of a prostitute. None of the neighbours will be surprised to see strangers appear at the house. And the other thing is that her house was literally at the city walls. The roof of the house was almost on level with the top of walls – with the highest point on the walls. In a city walls which are known for their strength and impregnability it is a strategic and wisely selected location. It should also be borne in mind that it this place was visited by many men, both local and foreigners, and each of them brought new information. If spies wanted to know what was happening in the city and around it they were wise to stay in a place where a lot of things are discussed. Now would be the right time to say something about the owner of this house.

a woman with refused dignity

The whole history is intertwined with occurrence of two groups of women: those who the men marry and those with whom they sleep. Sometimes one group is more powerful, more numerous and more respected and sometimes the other. Typically, however, one group does not mix, does not befriend and ideally never meets with the other. Decent women simply refused the company of those who compared them were indecent. And somehow it is still like that. There is always something inside us (I am talking about women) that yearns to show that I am better, more religious, and more valuable and firmly holding to something right. More than others. Or just the opposite.

And now dear sisters, I want from you to step down from your throne and to call a  prostitute your beloved sister.

Ouch. When I say it this way, it sounds pretty awful, huh? Yeah, that what I thought. For we easily accept a woman who already changed her life and appeared in Jesus’ genealogy, but we never want to deal with what happened before? We do not want that.

That is what I see and a terrible, terrible, terrible hypocrisy! I do not even know how many times I experienced godly Christian woman judging other women. In cold, crude and extremely drastic manner. And still with an affection of expression on our face, saying: I’m the righteous one, who has the right to do it! Even now I shudder to such devotion.

But the truth is that in Christ there is no such division. There are no more pious women and the others – they are all one. And with Rahab everything she is coming with is essential. We do not want to separate or ignore anything about her, because otherwise we might miss the beautiful and stylish way of how God engaged her faith in the genealogy of His Son.

Rahab and her career

The prostitute, whose house the spies sought is thus called Rahab. It is very interesting how men are tackling the reality they have created. Logically, if men were not visiting prostitutes there would not be any prostitutes. Christian and Jewish interpreters have tried to prove that the prostitute from Jericho was not the same woman who is in the genealogy of the tribe of Judah and thus in genealogy of Jesus. They talked about the similarity of names and that she operated something like an inn with accommodation, or that she was something of a secondary wife just like Abraham and Jacob. But the Bible is quite direct and does not consider any such ground. Neither the Hebrew nor the Greek word for prostitute can be translated differently.

Why a prostitute? We do not know how she got to this career. In ancient times there was a sacral prostitution (simply – providing sex for religious reasons), but it was not the case of Rahab. Hebrew has a word for one and the also the other type of prostitutes. The one used for Rahab (zonah) cannot be confused with those that marked the sacral prostitution (kedeshah). While putting this down I still have to think how strange of a world that must have been and how glad I am not to have lived in it. Although again, on the other hand … … some other stories…

So? Maybe the laws in which Rahab was brought up seemed to her as stringent and she therefore decided to arrange her life otherwise. As a woman in a man’s world she decided to take more power than she would receive if she was just someone’s wife. She was not thinking about the consequences, at least not to the degree to discourage her. She may have been forced – by family, its social situation or other factors which we do not know because we do not live in their world.

But I do not want suggest any pleasing explanations so just to make it sound better for us. Because I do not know how. So if you dare the shock therapy, tell yourself the worst possible explanation about Rahab of why she pursued the profession. The worst. Make yourselves shudder. The worse, the better. For exactly this is the way to see more of God’s scope. His talent for the unexpected and the ability to do things in a way that, for a moment, our hearts really stop with awe.

a name with bright future

The root of Rahab’s name appears in all Semitic languages and means being, or becoming large, wide. Often this word is used in connection with the indication of a country or territory. In a story, where the Israelites are expanding their territory it is an interesting relation. I remembered the words of one of the prophets written long after Rahab lived, and long before Jesus was born:

SING, BARREN WOMAN, YOU WHO NEVER BORE A CHILD; BURST INTO SONG, SHOUT FOR JOY, YOU WHO WERE NEVER IN LABOR; BECAUSE MORE ARE THE CHILDREN OF THE DESOLATE WOMAN THAN OF HER WHO HAS A HUSBAND,” SAYS THE LORD.

ENLARGE THE PLACE OF YOUR TENT, STRETCH YOUR TENT CURTAINS WIDE, DO NOT HOLD BACK; LENGTHEN YOUR CORDS, STRENGTHEN YOUR STAKES. FOR YOU WILL SPREAD ABROAD TO THE RIGHT AND TO THE LEFT. AND YOUR DESCENDANTS WILL POSSESS NATIONS AND WILL RESETTLE THE DESOLATE CITIES. FEAR NOT, FOR YOU WILL NOT BE PUT TO SHAME; AND DO NOT FEEL HUMILIATED, FOR YOU WILL NOT BE DISGRACED; BUT YOU WILL FORGET THE SHAME OF YOUR YOUTH, AND THE REPROACH OF YOUR WIDOWHOOD YOU WILL REMEMBER NO MORE. FOR YOUR MAKER IS YOUR HUSBAND– THE LORD ALMIGHTY IS HIS NAME– THE HOLY ONE OF ISRAEL IS YOUR REDEEMER; HE IS CALLED THE GOD OF ALL THE EARTH.

If you find this text so beautiful, almost unbelievable, you can see for yourself in the Bible. It is Isaiah 54. And by the way, and I did already quote it myself.