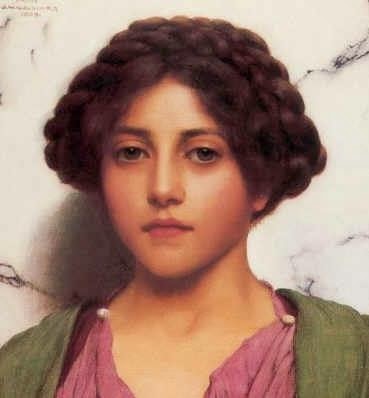 instead of a real introduction

The first time Rachel is mentioned in the Bible, it is in connection with Jacob. Well, we already hit a rock. I already do not like the first sentence! I don´t know how else to write it. This is how it is in the Bible. We know nothing about Rachel before Jacob. And it is similar with all her predecessors. As if the lives of women started only in connection with some men. For men it’s different, but with women it is like this. As if the main thing for them to provide was their uterus. There are times when something in my head is blocked with rage and I lose all my words. So instead of writing I like to breathe deeply for a moment.

I think it’s also because of the way people understood biology back then. That the biblical HELP SUITABLE FOR HIM and BODY FROM MY BODY … went somewhere away and the woman, closest ally and equivalent ally became just a soil fit for creating offspring. Okay, okay, back then no one knew about the same contribution of sperm and egg, they knew nothing about genes and everything around it – I do not take offence from that. It just would be enough if they went along with God’s plans and did not handle it their own way. Women would immediately be perceived differently. And most importantly – the men would avoid many stupidities. I do not think this is just a thing of the past. Not to handle your things your own way, but to shut up and admit that Someone else knows a bit more about it. Maybe it is great to feel like the largest cock on a dunghill, but please remember that the biggest dandies from this animal species most often end up in a soup.

The Bible is filled with stories of people who are far from perfect. Often very far from even trying to reach this perfection. But God always enters into those lives and intervenes and makes things His way. Stubbornly, persistently and on his own terms. He does not adapt. To the contrary. Stubbornness is usually not perceived as a good feature, right? Even if I use it in connection with the character of God? But this God’s stubbornness is often the only ally of women against men. Against men who do not show respect, expand and nurture their egoism to the extent that it affects the lives of women literally with devastation. Who else would stand up for them? Sometimes there is no one else. Only God. Stubbornly. Persistently. And on His own terms!

So I try again. The first time Rachel is mentioned in the Bible, it is in connection with Jacob. It is not because she is less important than Jacob, or that her life is in any way irrelevant until her marriage. Her untold part of the story is certainly as interesting as the one we are told in the Bible, but we have to wait for heaven to know the whole story. And what a story it shall be! Everybody has something to look forward to.

At that time Jacob is a refugee from home and surely feels very lonely. He meets Rachel near a well and I would like to focus on the well for a moment. Well as a meeting place appears several times in the Bible. Many important things were dealt with right at the well. Also, carrying of water was women’s work. It may be difficult for an untrained body, but is certainly not to no avail. One Czech theologian wrote quite gracefully: They carried the water on their head and therefore had to walk straight, which made them even more beautiful as if they did not carry the water at all. Back to the well. This well was in the country of citizens from the East. First, only local shepherds are present and he asks them about Laban, her mother’s brother. They know him. Yes, he is fine, they say. And look! Right there his daughter Rachel is coming!

first meeting. or let’s skip Jacob and concentrate only on her. Rachel is on stage for the first time

We can see then how Jacob wants to send away the shepherds. They say to him: Sorry, this is not possible. Why? Maybe he wanted to impress Rachel all alone. This explanation seems to me as the most logical. Indeed, when she arrives, Jacob moves the stone from the well and waters all her sheep. Only after that does he greet Rachel! By the way, he kissed her. It reminds me of the ways in eastern Slovakia and in the southern countries. For instance, if you kiss Scandinavians as a greeting I think they would not be so impressed. Who knows what they think of such biblical texts?

Back to the story. Jacob introduces himself to Rachel. He has tears in his eyes and Rachel runs to her father! This really does not happen every day! Rachel’s father Laban, who is also brother of Jacob´s mother, runs as well. No decent walk, but running. Laban is often interpreted as more or less negative biblical figure, but I would certainly not see him only like that! We have enough reasons to see him in a better light. Let’s look at his relationship with his sister, his care for her (read Rebekah as wife). Now, he is running with his daughter! No decent walk, but running to welcome her son! You get a pretty clear idea of how people react spontaneously to something new. Later reactions can be a little easier to pretend, but the first ones usually are not! If the first reaction to a positive message is disappointment, numb face and any lack of enthusiasm, it is hard to pretend afterwards. But when someone rejoices with the joyful, as the Apostle Paul writes, then it is good! When someone cries from joy and you cry with him – that in itself is a good testimony. That is why I will always stand up for Laban. Maybe a little more than usual.

In connection with Rebekah Laban is interesting for me because I know a little more about the family in which she grew up. No, the children do not have to inherit all the positive things, but to see a role model in parents and let it consciously and unconsciously influence you, this can leave traces. Laban hugs and kisses Jacob and invites him into his house. Rachel is somewhere near them and also hears how her father tells Jacob: YOU ARE REALLY MY BONE AND FLESH! 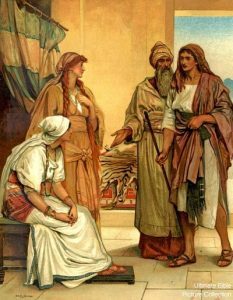 Jacob stays with Laban for a month. He is getting himself together – all the events and changes in his life are pieced together in his head. Meanwhile he certainly helps around the house, because there is always work around such household. Laban observes him (and also maybe observes his daughters with him) and then comes up with a proposal: You are my relative, my blood, but you should not serve me for free! Look, I have two unmarried daughters. What if…?

This is when Leah, Rachel’s older sister, appears for the first time. Leah will follow as a separate character. More precisely: she must follow. After all, it is she who belongs to the genealogy of Jesus. But we shall get to that. The important fact is that when Jacob had to choose she was worse off. Jacob decided: yes, I am willing to serve for seven years to get Rachel to marry me. Seven years! Now I really like Jacob! And why did he like Rachel particularly? I guess the first impression was decisive, the first meeting with relatives full of sincere emotion. Since then, when he saw Rachel he felt less like an outcast and a little more at home. In addition her nice figure and beautiful appearance helped the fact that Jacob chose her.

I am tempted to say that the choice of Jacob was very shallow because we hear nothing about Rachel’s character. Just some emotions attached to her because of their first meeting and that she was quite dish. Let us not forget, however, that this story is written through the eyes of men. Biologists specialized in this field could add that the correct ratio of waist and hips meant more fertility. Also, the harmonic facial features meant quality genes to be carried forward. Perhaps. I could also think that Jacob, mother’s darling, was looking in his wife for something he lost when he left him home. But I am not getting to the field of psychologists. Not that I would know more than they do. I just remembered Isaac, Jacob’s father, who found solace in his wife after the death of his mother. Isaac’s wife and Jacob’s mother is alive but he will not see her anymore.

I stayed in one place for a while and analysed the something unanalysable, but just to make something clear: until now nothing strongly speaks in favour of the younger sister! Do not care about the appearance – all women get older. Unless they are made of silicone and botox. However, if you look at yourself properly, then at a certain age you will realize that wrinkles are really beautiful. I am not saying that appearance is not significant. Beauty is also a gift of God. But let’s face it: there is a bunch of pretty girls, who build up their confidence only on their appearance. But if you knock on their head you will only hear the sound of a ripe melon – a hollow sound. No, this is not the God’s idea of beauty. 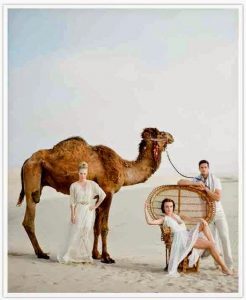 grand finale of waiting. slightly more bitter than you would expect, especially at the wedding

Seven years have passed, and to Jacob, who is in love with Rachel, it seems like only a few days. He cannot wait for the wedding and so he goes to see Laban who gathers all locals for the celebration. In the evening, however, he does not lead Rachel but Leah to Jacob.

I do not care now how Jacob feels. His uncle deceived him in a similar way as he did his own father and brother. Let him reap what he sow! But can you imagine what it was like for the two sisters? What Leah saw in Jacob’s eyes in the morning, when he found that the one he wanted was not next to him? She does not deserve such disappointment. And Rachel? This was supposed to be her wedding day and instead her older sister took over her spot. Yes, their father said: complete your wedding week with Leah and then I will give you Rachel as well. Of course, I will want another seven years of service for it! You have to understand me – it would not be right if the younger sister got married first! Yes, her father said that. But something unique was taken from her. She was no longer first, exceptional and rare. Suddenly the fact that Jacob loved her is not important anymore as she was surpassed by her older sister. She will be just a supplement. No, this is not fair!

And we still have only people in our story. Let us wait and see how God intervenes in this story. Or … Did He already?