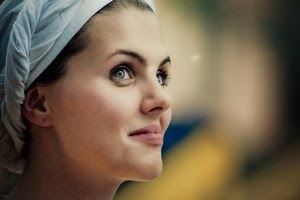 introduction of the wife

For the first time her name is mentioned in Chapter 11 of Genesis. It is the chapter including the story of the Tower of Babel and  confusion of tongues. Once you know Sarah’s story, it sounds like someone was making fun of us. As if the story was put there the same way motivational quotes are included in introduction to chapters. Instead of sentence of misunderstanding, even though people tell each other the whole story! Ha-ha. Or am I actually laughing?

We do not know how Sarah met Abraham – in the beginning there is only a reference to the father in law Terah and how he brought from somewhere his two sons and their wives. The only thing we learn about Sarah in addition to her husband’s name is that she did not have any children. According to the tradition back then she was an incomplete woman. To begin with I would like know whether Sarah knew what to expect in her marriage life. I mean Abraham’s decision to listen and take seriously the voice of some God and to fundamentally change his life because of that. Somewhere in some commentaries I once read that God first called Abraham’s father, Terah, but I’m not sure if that is true. Although he moved from the Chaldeans Ur to Haran in Canaan, but it does not necessarily mean that he did it for some higher calling. Please enlighten me if you know anything more about it. I mention it because I really wonder if Sarah knew where she was heading. I know, no marriage can fully be predicted or drawn out, but still – if you live not only with your husband, but also with his or with your family, if you are have friends, family and good neighbours around you, you are able to describe your life a little bit more. You have a support, safety net and you have a larger circle of close people. Sarah did not have that. She left it behind voluntarily? She knew that marriage with Abraham was not just such that classic thing?

And then there was the thing with God’s voice. God chose particularly Abraham, in order to make a new nation from him and to provide him with a new place to live. When I say it like that, it sounds a little pathetic. How did he know that he is not just seeing and hearing things? I don’t know. But in this context, I remembered one quote from Dr. House. It was something about listening to God’s voice and psychiatric diagnosis. Can you imagine?!

Enough of joking and now seriously. If God would speak to you, how would know that it was Him and not just some voices in your head? I really do not know how Abraham’s decision was made and what role in his barren wife played in all of it. Because if you promise someone without children that one day he will be the origin of a whole nation – with something like that you either become very sceptical, or joy will jump from joy.

Maybe Sarah was convinced. Or maybe she just obeyed her husband. This I will know for sure only once I am in heaven, so I will still have to wait for a while. 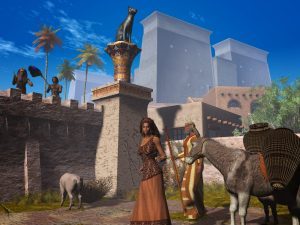 Regardless of all the promises, shortly afterwards her mood fell somewhere to the freezing point. This is the story of Abraham, which you will not find in biblical story books for children. So read carefully. In the country they lived, there was a famine and therefore Abraham decided to move his whole household to Egypt. I can bet that he heard something different in his mind and it was not the voice of God. In Egypt this guy thought about his options, he looked at his wonderful wife and a showed himself like a real coward. He says to her: it would be better if we pretend that you’re my sister. When they see you in Egypt, I will be doomed. And none of us wants that, right?

And so, my dears, with cowardly consent of her husband Sarah ended up in the bed of another man.

What else is there to add… a man who prefers himself instead of his own wife and still pretends that he cares for a common good! And maybe he even believes it himself. Men know how to sometimes surprise in a very ugly way. They hide their cowardice with caution; or with anything else that suits them right. We know enough of such stories, just look around you.

Why is it good to talk about it with Sarah? Perhaps in order to understand that living with a man whom we consider to be a hero, almost on par with Batman (hahaha), was not always easy. And if ever Sarah happens to act in a way you do not like, I want you to remember this part of the story.

I do not know how Sarah felt. But this sin is here with us since Adam. Even Adam just stood beside Eve, when she talked to the snake and he did not say a word. He just listened and ate… he just rolled with it. Abraham is doing the same. He says nothing when it suits him. He does not stand up for his wife, when it seems the situation would not bear any fruit. He just goes with the flow. Do you know the book – Adam’s silence? Excellent! It is exactly about men who are silent when they need to speak up. But it’s not just about complaining, it also includes advice what to do with that.

I wonder if God did not change his mind with the selection of Abraham at this moment. Or maybe he regretted it. Probably not, because God sees in depth and He can find so much filth in our hearts, which we would never admit to ourselves… never. However it was between Him and His chosen one, there is still one wife who is in the bed of a stranger.

putting out a fire?

And Pharaoh who has Sarah in his bed (sorry, how to put it more polite? I guess there is no other way) is suddenly feeling bad. Abraham is feeling good, because he received a fortune from the Pharaoh for Sarah. But Pharaoh is feeling bad! And it is all because of Sarah. It is like this – when Abraham was not prepared to stand up for Sarah, God did. HE was the One who decided to defend her, stand up for her. He did not overlook what was happening and intervened. Eventually, pharaoh returns Sarah to her husband, who had just managed to show he does not deserve her. You know how it is – the grace of God exists and not only Abraham, but all of us who did stupid things, we are all grateful for it.

Pharaoh, a man who unwittingly disrupted their marriage, sent both of them off. I do not think that you can easily forget something like that. You cannot just erase infidelity. So, willy-nilly, Sarah and her husband are always followed by a shadow of another man, who occasionally shows horns. 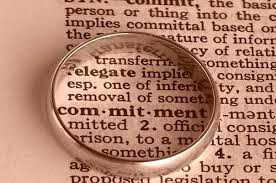 Sarah in the background

And then there are three chapters, where Sarah is not directly mentioned, but Abraham is fine. He has abundant herds and property, he thrives and builds an altar to God, he wins defensive fight and receives exceptional blessing.

These are the stories that are well preached and nicely told. Sure, it’s easy to be faithful when I fare well. No, I do not blame Abraham of hypocrisy, I would never want to do that, because these stories are rare and precious for me too. It’s just when I look at all this from the perspective of his wife, I can hear an internal bitter and hurt little voice that says that some of the errors of others towards us should not be forgotten.